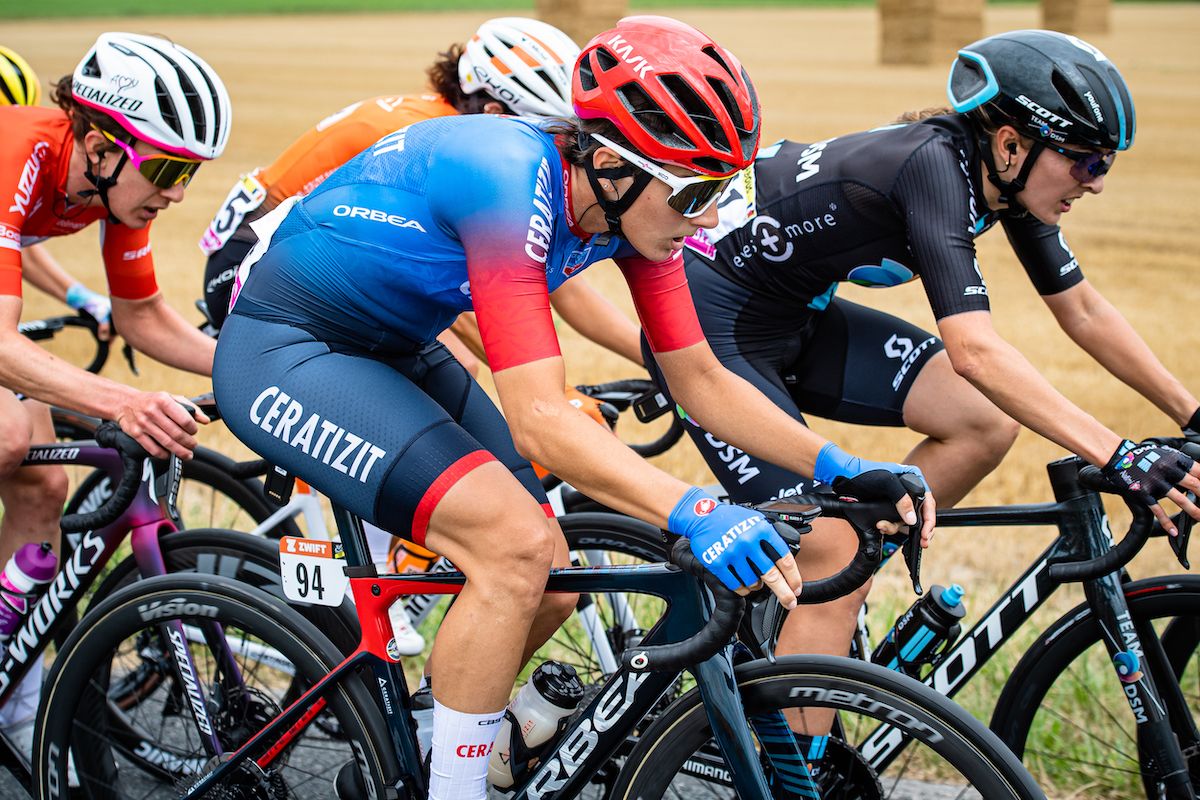 Maria Giulia Confalonieri takes her third top 10 of the Tour de France Femmes Avec Zwift after a day in the breakaway for Sandra Alonso.

The Parcours of stage six with four categorised climbs lent itself to an early breakaway. The team were active from the start but the relentless pace of the opening kilometres meant that the peloton stayed together until the top of the first QOM. Here, a small gap formed and Alonso and 13 other riders were able to break free, eventually gaining over two minutes on the bunch. The group worked well together to hold their advantage until the final climb where Alonso rejoined the now chasing peloton.

From there, the bunch split again with Laura Asencio and Confalonieri in the front group. Confalonieri opened up her sprint but was forced to brake at around 20 metres to go, crossing the line for another sixth place finish.

Confalonieri said after the stage: "We tried for the breakaway from the start and Sandra managed to get in it. Some teams were not happy and so they chased all day, making the race super hard. We caught the break on the last climb and I knew it was going to be a fast finish. I had to sprint to get into a good position before the road narrowed in the last kilometre and after that, I didn't have much in the tank. I tried my best"

CERATIZIT-WNT DS Steffen Radochla, "It was another mixed day for us. We had Sandra in the breakaway, which was good. It was a little bit strange the way the peloton closed the gap and bought the sprinters back to the finish with so many teams represented in the break but sometimes cycling is like that. It was a strong move and a real shame that they didn't make it to the end. For the final sprint, it was super lucky that MG didn't crash when another rider deviated from their line. She did well to finish sixth in that situation. Kathrin also fought hard today, she dropped back early on in the race with some stomach issues but she still managed to finish within the time limit."