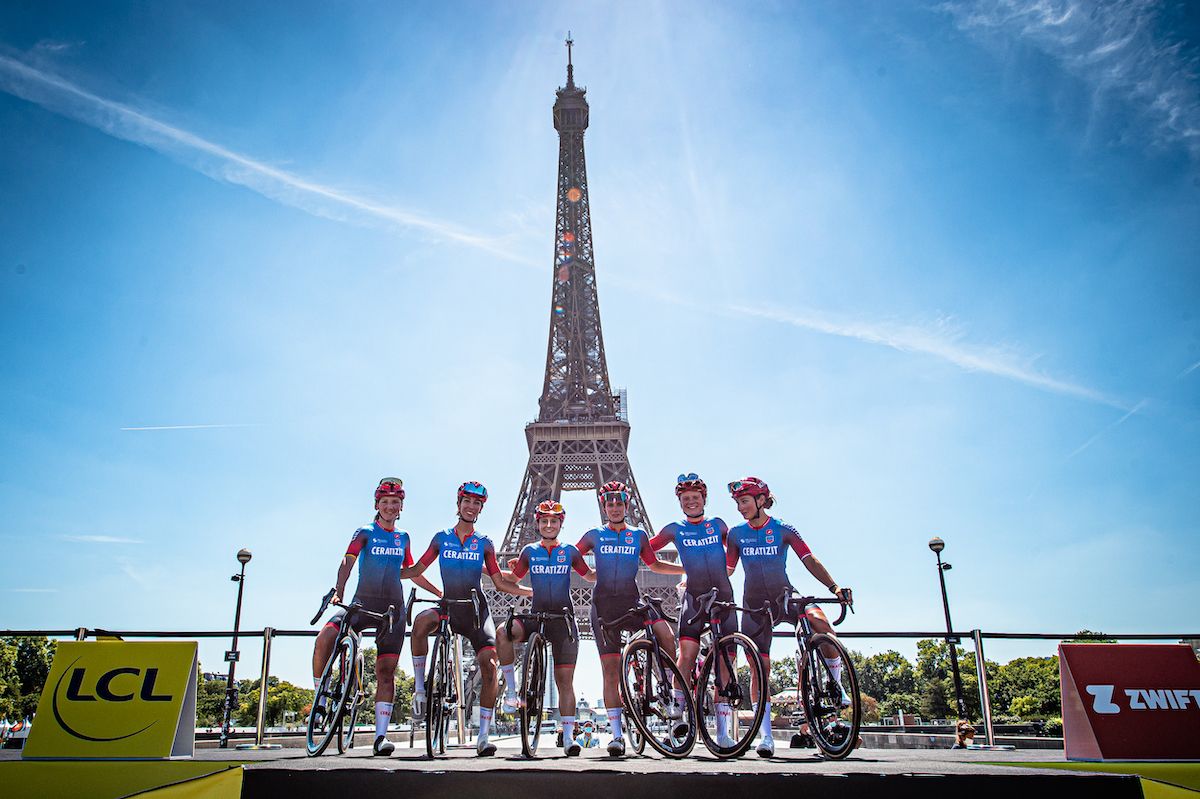 This Sunday saw the inaugural Tour de France Femmes come to a conclusion atop La Planche des Belles Filles, a race that saw CERATIZIT WNT Pro Cycling come away with three top 10 finishes, time spent in breakaways, third in the points classification and history made.

The race got underway in front of huge crowds in Paris just over a week ago, with a fast, frantic stage around the cobbled streets of the Champs Élysées during which the team were active throughout before coming up just short in the final sprint but showing that they were here to race.

From here the week moved across eastern France tackling testing back-to-back stages which saw MG place 10th on day 2 before Marta Lach finished 11th on stage 4 - a day punctuated by a string of four gravel sections which split the race to pieces. Racing on the offensive once again, Laura Asencio spent the opening portion

The fifth stage of the race saw the longest of the Tour and presented another sprint opportunity whereby MG took her second top ten, in sixth, but not before the team were hit by misfortune with four riders caught up in a large crash within the final 50km. The incident saw Lach come off worst, finishing the stage but having to withdraw from the race following medical checks with a collarbone injury.

Stage 6 was the final opportunity for the sprinters and puncheurs to chase a result before the high mountains in the last two days. Sandra Alonso made the day’s powerful breakaway but it wasn’t to be as the peloton kept the pace high and eventually closed down their advantage before the finale. A much-reduced bunch raced to the finish on day six into Rosheim where MG took her third top 10 of the week in fifth, at the end of a hectic, twisty finish.

From here the final two stages hit the mountains and the GC battle unfolded. The first of the two, the queen stage of the race, took in three tough mountain climbs, the first of which had already splintered the race. For the team, it was a case of making it through to the finish atop the Grand Ballon D’Alsace and a finish in Le Markstein.

The eighth and final stage saw a brutal mountain-top finish up La Super Planche des Belles Filles to round out the race, but for the team, the plan was clear - secure as many points at the first intermediate sprint as possible to secure MG’s third place in the green jersey classification. After yet another fast start to the stage, something that had signified the race over the past week, MG was in a strong position to contest the intermediate sprint. Following a strong lead out from the team she took full points and secured her overall position in the classification. From here on it was about making the finish which the team duly did, one rider down following the unfortunate loss of Lach after stage 5, bringing a memorable race to a close.