Lisa Brennauer To Hang Up Her Wheels After European Championships 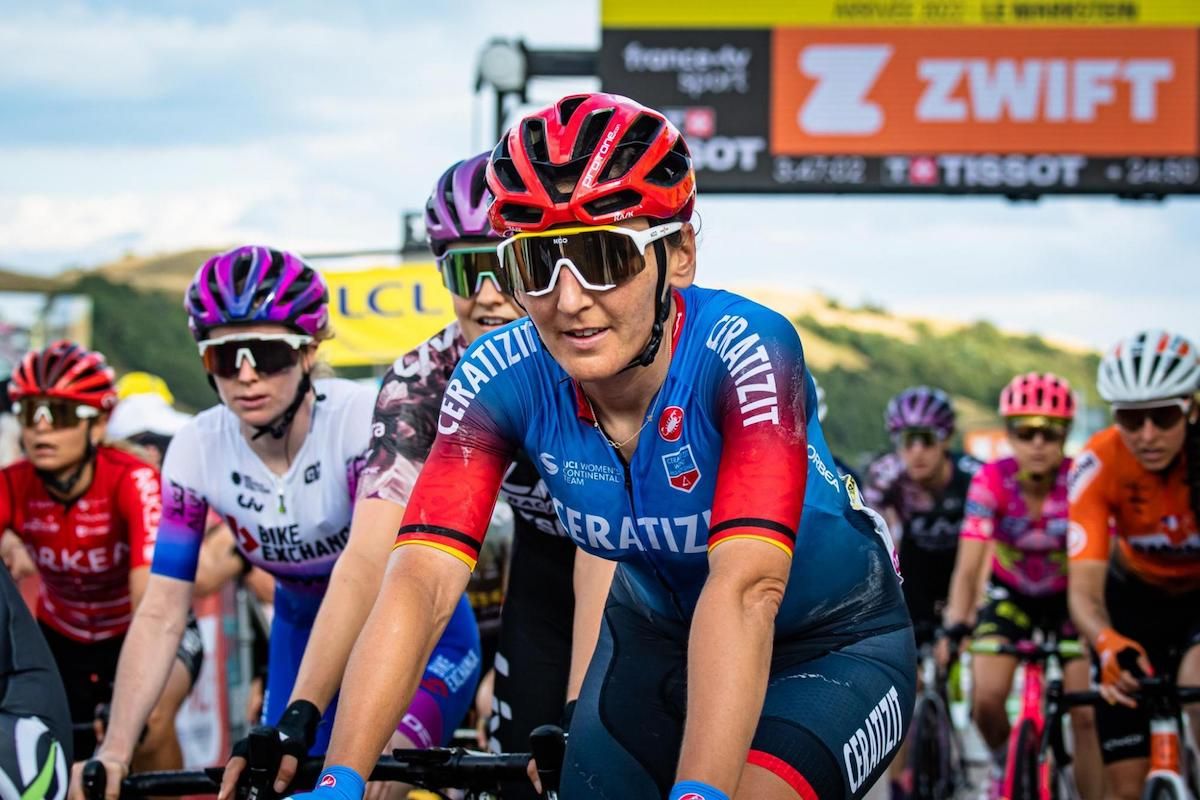 Reigning Olympic Team Pursuit champion, multiple world and national champion, Lisa Brennauer is set to retire from professional cycling this August after a hugely successful career that spans 14 years in the professional ranks.

Brennauer, fresh from racing the inaugural Tour de France Femmes with CERATIZIT WNT Pro Cycling, will line up for her final race this month in Munich, Germany, at the European Championships where she will be racing across both road and track. The Tour de France Femmes marked her final race in the trade colours of the CERATIZIT WNT team which she’s represented since 2019.

The retirement follows what was arguably Brennauer’s most successful season to date in 2021, one which saw her win Olympic Gold in Tokyo on the track, the German National Championships across both road race and time trial, as well as gold at the World Championships in the Mixed Relay Team Time Trial for Germany. These national and international accolades also sit alongside a list of podiums and high placings in some of the biggest races in the professional road racing calendar including second at the Tour of Flanders, third at Gent-Wevelgem and fourth at Paris Roubaix, all during the 2021 season.

Discussing her upcoming retirement, Brennaueur said: “There wasn’t one special day where I suddenly thought, I want to stop cycling, rather I think it’s a process I’ve been going through over the last years and thinking about my future and other plans I have in life. Now, I am at a point where I feel like the time is right for me.

“Munich is going to be a great event for my final race being very close to home in Bavaria so there are a lot of family and friends who can come and see me. I figured it’s the perfect race I could wish to finish my career at.”

Born in 1988 in Kempten, Brennauer has been racing bikes since a young age before a breakthrough victory at the German National Junior Time Trial Championships saw her qualify for the Worlds in Austria, a race she also took gold at propelling her into the spotlight already from the age of 17.

Speaking about how cycling in general has impacted her life, Brennauer commented: “I think that sport has formed me as a person. You’re part of the team and you learn how to work as a team and to achieve goals together. It also teaches you how to get through the downsides of life in general, not only as a cyclist, and how to get back to where you want to be. I think that it has shaped me as a person and I'm very grateful about that.

“There are so many great moments in my career that I can look back on fondly. Of course, my very first victory came as a surprise when I became junior world champion in 2005, although I think that my most emotional victory was last year’s Olympic Games where we won the team pursuit. But, there are so many nice moments throughout my career when I look back.

“I’d like to thank everyone at CERATIZIT WNT Pro Cycling for their belief in me and for giving me the freedom to pursue my dreams on the track alongside the road. I was already at a crossroads in my career before but the team helped me find my love for cycling once more and I’m really proud that we’ve been able to share some amazing experiences together over the past few years.”

Brennauer has signed a long term contract with the German Army, a focus which will take centre stage from later this year already following her participation at the European Championships which get underway on 11 August.

All of the staff, riders, partners and stakeholders of the CERATIZIT WNT Pro Cycling would like to say a huge thank you to Brennauer for her commitment to the team over the past years, both on and off the bike. A true inspiration to others, Brennauer has been instrumental in helping younger riders to develop and progress, even when she didn’t realise it herself. A true asset to the team, not just in racing, Brennauer will be missed but the team wishes her the best of luck for all that the future holds.