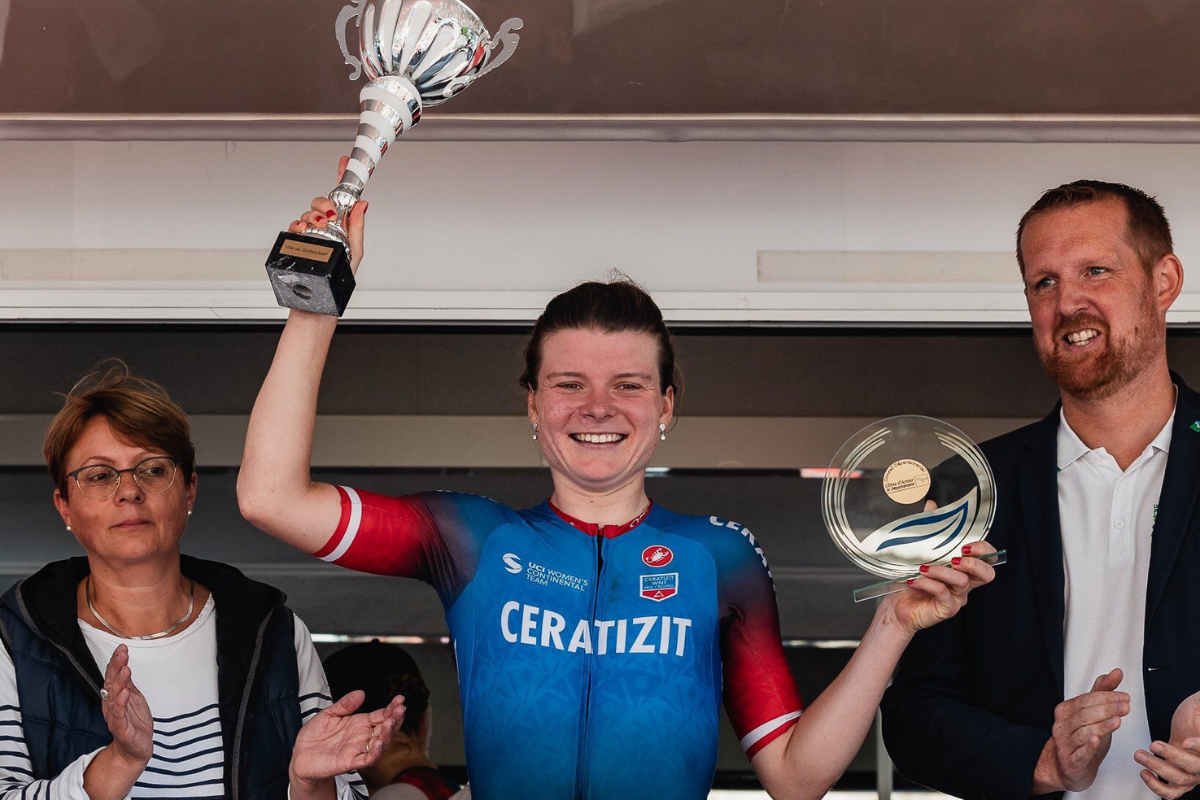 Coming into the 136.8km race from Callac to Guincamp, the CERATIZIT-WNT team always knew it was going to be an attritional race with four Intermediate Sprints and four QoMs along the parcours. The team showed their will to race from the front early on by setting up Marta Lach to take the win in the first Intermediate Sprint within the first 22km of racing. As the riders headed into the second QoM, the team worked well to perfectly position Confalionieri so she could take maximum points on the QoM, before continuing to drive the pace to enable Lach to contest and win the second Intermediate Sprint - already enough to secure the Sprints Green Jersey competition.

By the time race hit the finishing circuit, raced five times, there was already a much reduced bunch, in which the team was still well represented. Two riders went off the front with 18km remaining, closely followed by further attacks that culminated in a group of eight other riders bridging the gap, including Confalionieri. The group of ten that established itself at the front of the race set a blistering pace around the circuit. On the final lap, the break was eventually caught with the race coming down to a sprint finish from the reduced bunch, with Maria Giulia Confalionieri taking a fantastic 5th. A great way to finish off a strong team performance today.

Confalonieri said after the stage: "Today was a typical Breton race, up and down all day in narrow roads. In the first 100km there wasn't much action in the bunch but at soon as we got to the local laps, the attacks came one after the other. We tried to get in every breakaway and with three laps to go, I bridged to a group of nine other riders that was already on the road and we managed to create a good gap. With one lap to go, there was no cooperation anymore and the bunch caught us right before the last climb. I stayed with the head of the race but I wasn't in a great position into the last corner, being out in the wind too early and so a 5th place was the best I could do."

CERATIZIT-WNT DS Dirk Baldinger added: "First up we got Marta Lach into the Sprints Jersey today with two wins in the Intermediate Sprints. The race was always quiet with some dangerous parts, with ups and downs, and some wind here in Brittany. We always tried to keep Maria Giulia Confalionieri near the front and tried to stay attentive in covering breakaways. On the local laps, we tried to get Confalionieri into a strong break that went but this was brought back before the finish. She recovered well to still finish 5th for us, and despite crashing on the local laps, Marta Lach managed to finish a strong 12th. I think it was a good day for us as we did the best we could."