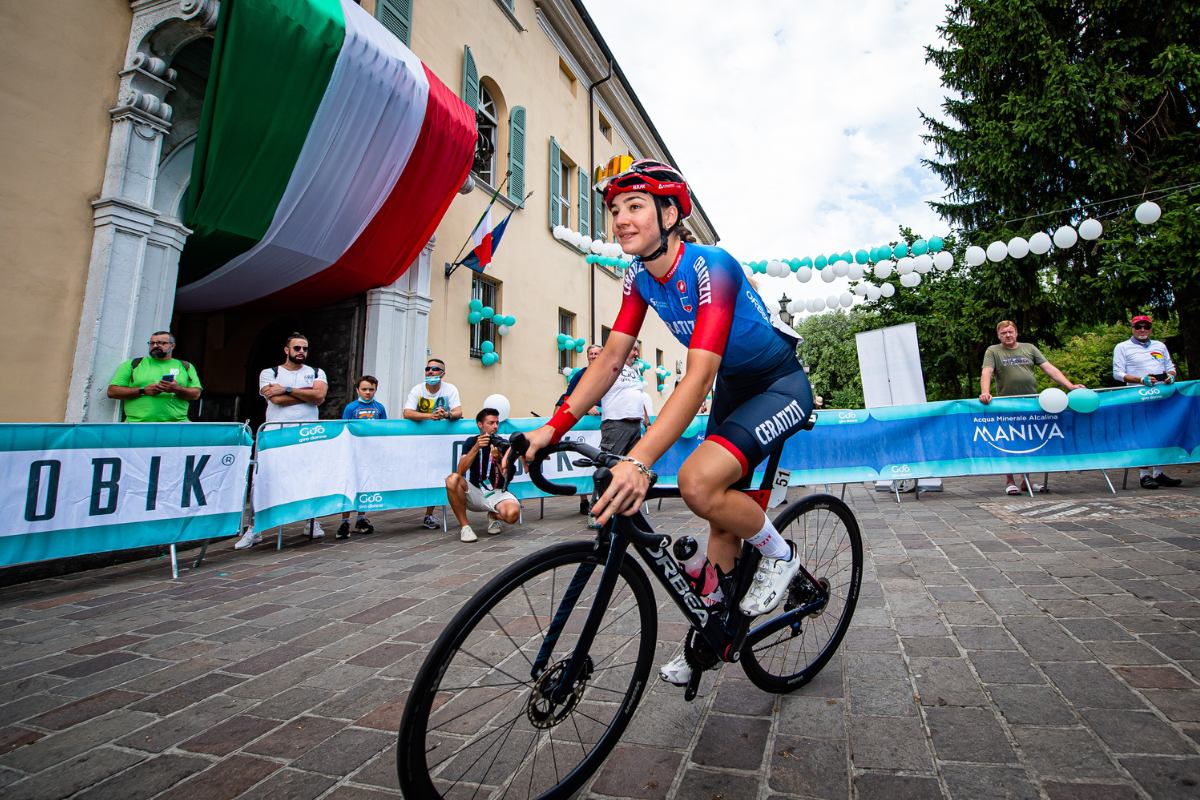 Martina Fidanza sprinted to a convincing victory on stage 1 at the Giro Della Toscana today, building on a strong start to the race for CERATIZIT WNT in yesterday’s prologue. Thanks to the win and bonus seconds collected during the stage, Fidanza moves into the overall race lead.

Stage 1 comprised of a very flat circuit where the peloton completed nine laps to total 118km of racing. Intermediate Sprints featured at the end of laps 3, 5 and 7 where bonus seconds were on offer. While initially averaging speeds of around 40kph, as they approached the halfway mark the rain started falling making for a more nervous race..

With little opportunity on the flat course for a breakaway, the bunch stayed together. The team worked well to stay out of trouble, conserving their effort before positioning Fidanza perfectly in the finale where she was able to show that she was the fastest on the day, taking a convincing win in the beautiful Italian town of Campi Bisenzio.

Tomorrow, Fidanza will be starting stage 2 in the leader’s jersey. Unfortunately, Franziska Brausse did not start today’s stage following sickness. So tomorrow, backed by teammates Lara Vieceli and Lana Eberle, Fidanza will look to continue the run of great success at Giro Della Toscana defending the lead of five seconds over Agnieszka Skalniak-Sójka.

After the win, Martina Fidanza said: “The race was really tense. We had the goal to go for the leader's jersey so we did the intermediate sprint for the bonus seconds and we won it. We also won the final sprint, so we achieved a double goal today; the leader’s jersey and also the stage win. The girls were really super in the final sprint, I want to say a big thanks to them and this is for Katie!”

CERATIZIT WNT DS Steven Sergeant added: “Today we unfortunately lost Franziska Brausse in the Blue Jersey due to sickness. That left us with three riders to start the race. Knowing that there was a big chance of a bunch sprint. We had some small breaks and one of about 37-40 seconds and the girls helped close that down to keep the race together for a bunch sprint. Martina finished it off nicely for us and we are super happy. A small team can still do great things.”