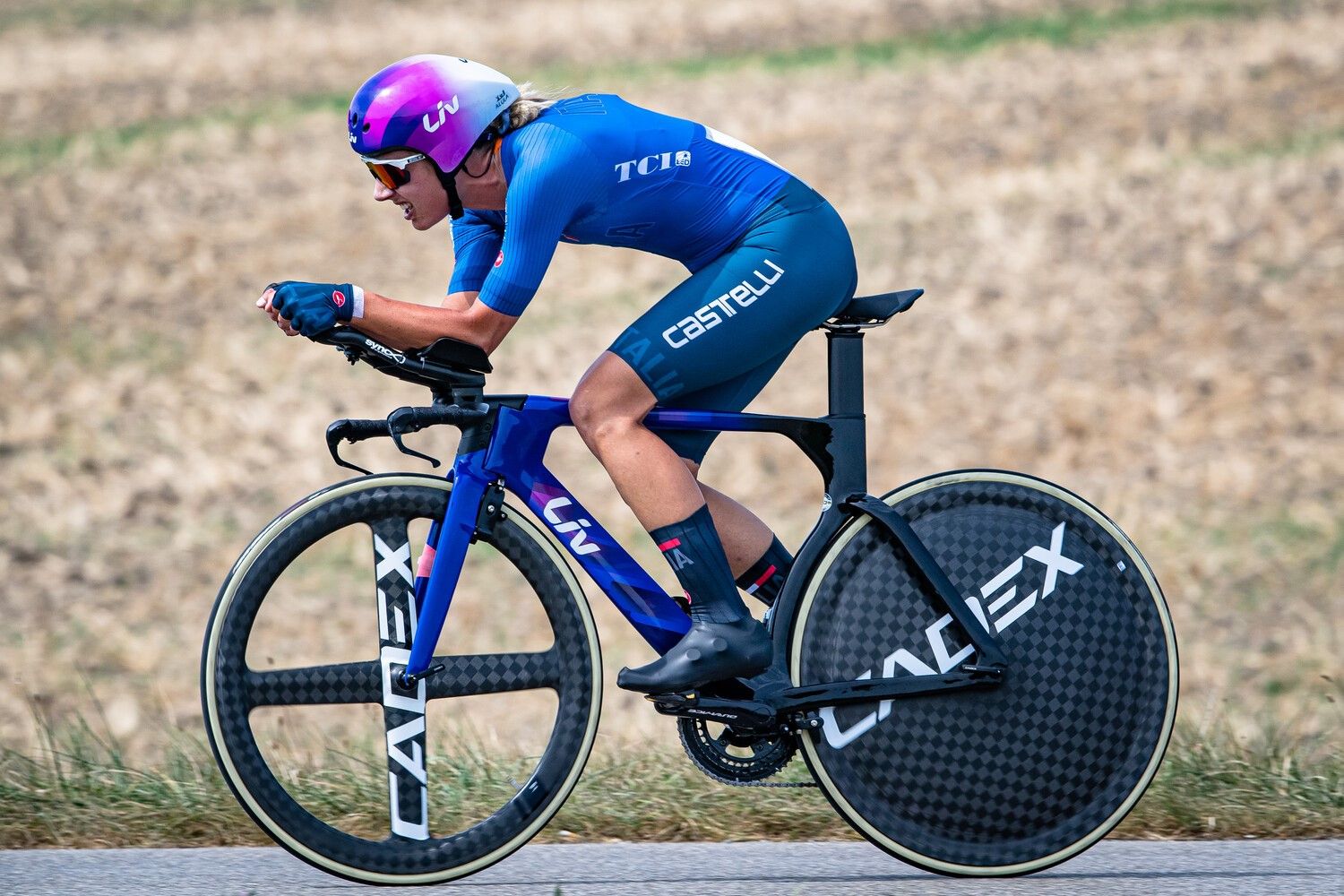 CERATIZIT – WNT Pro Cycling Team is delighted to announce the signings of six new riders to its roster for the 2023 season.

Hailing from 5 different nations; Italy, Germany, The Netherlands, France, and Luxembourg, the 6 riders will bolster our team for next season, each with different specialities on the bike.

The first addition to the team for 2023 is Luxembourgish rider, Nina Berton who joins until 2024. "We are delighted to have a rider from Luxembourg on our team and we warmly welcome this young and very talented athlete," says Claude Sun (Team Manager and Director Sales / Cutting Tools Europe and Asia).

Berton who lives very close to the CERATIZIT headquarters in Mamer will boost our climbing and classics squad.

Fränk Schleck is also convinced that Nina Berton is a real gain for the CERATIZIT-WNT Pro Cycling Team. The coordinator of the Luxembourg cycling federation (Coordinateur National de cyclisme Luxembourg) sees in Nina Berton a young talent who fits very well into the team and the CERATIZIT values.

Nina said “It’s incredible to have the main sponsor, CERATIZIT so close to where I live, it feels like a home sponsor, they’re only around 4 or 5km away. I already feel the support from them and being a Luxembourgish rider, living so close to them, it’s a special feeling. It’s one more thing which makes me excited to join the team.”

“As a climber I really like technical, heavy courses with lots of hills. I love the classics where you need to push hard and have good positioning in the peloton. The hard one-day races and The Ardennes Classics is something that I think I will suit, for example Liege-Bastogne-Liege, I look forward being a part of the team in these races and learning.”

27-year-old, Arianna Fidanza joins her sister, Martina to strengthen the sprint lead out train and take her opportunities in the fast finishes and classics. The sprint squad will have strong support from 23-year-old Dutch talent, Mylene de Zoete. Fresh from the World Track Championships in Saint-Quentin-en-Yvelines, De Zoete just like Fidanza will be a welcomed addition to the sprint lead out train but also will have her opportunity to grow as a lead sprinter. A 2nd and 3rd place on stages at the Baloise Ladies Tour in Belgium as well as 4th place on stage 2 at the Simac Ladies Tour was real confirmation of De Zoete’s potential.

Fidanza, who is going into her 10th season as a professional and represented her country at the European and World Road Championships in 2022 said,

“I’m happy to join this team for the next two years because it is a good team with great organisation but also my sister is here and for me it’s a good thing to have us both in the same team. We will help each other but it’s also an extra motivation to perform. I think it will be a good 2023 season.”

She continued to say, “Over the last few years, I have been a dedicated helper in my previous teams, and I would like to do have my own opportunities. I have had two good years learning and gaining experience. I really like the cobbled classics during the spring season, but I would also like to race a grand tour; the Giro or Tour, and if I could do a good result in a stage, it would be great. I want to do my best, but I want to also enjoy this season.”

Mylene added “I felt good in the spring classics in 2022 but I suffered a lot of crashes, so the results weren’t there. So, for 2023 I want revenge in the spring classics, for example Brugge De Panne, Paris Roubaix but also the windy Dutch stage races I really enjoy. I thrive being a part of the lead out train for the other sprinters in the team but also, I’ll look for my opportunity for results too.”

“I’d spoken to Kirsten Wild when she was in the team, and she was always talking positively about the set-up. There’s great support for the track riders in the team, and that’s a perfect combination for me looking towards Paris 2024.”

Alice Arzuffi, who currently combines both road and cyclocross joins from Valcar - Travel and Service will join to reinforce our climbing and stage racing squad.

“I’m proud and happy to be a part of the team for the next two years, it means we have time to get to know each other better within the team and make a long-term plan. I will not do a full cyclo-cross season as I want to focus on the road and prove myself there. I decided with the opportunity of joining the team and understanding the best way for me to perform on the road is to not combine both.

I’m a stage race rider and I’m good in the climbing races so that’s my goal for the next two years as well as performing in the Giro and Tour. Even if I know that these World Tour Races are hard to be in the best spots because the level is high, I’ll try my best and I think with my main focus on the road I will upgrade my level.”

Nadine Gill has been on the radar of sports director, Dirk Baldinger over the last two years, and it has been her continued growth and development which has made the biggest impression. Not to mention her bronze medal ride at the German national championships this year and string of top 10 results in Spain.

Gill, who thrives in a race of attrition said: “Since I’ve started cycling in 2018 and still working abroad far away from Germany, I’ve dreamed of riding for a professional German team. The team combines all that I could wish for: professionalism, top equipment and at the same time a structure that allows you to grow as a rider."

She continued about her ambitions for 2023 “My main goal is to establish myself in the group of the best climbers in the world and develop my sense for racing by helping and learning from my new teammates and working together with super experienced sports directors. I’d also like to give the time trial a real try - but as it’s a completely new discipline for me, I don’t want to dream too big with that for now.”

The final rider to join is 21-year-old Cedrine Kerbaol who will have a big focus on time trialling. Kerbaol, who comes from Brest in France, took 2nd place in the general classification at the Bretagne Ladies Tour CERATIZIT, a bronze medal in the French time trial championships as well as representing her country at the U23 European Championships in the mixed relay team time trial, time trial and road race in Portugal.

Sports director, Dirk Baldinger spoke about the roster for 2023 saying “We have created a really young and talented team for 2023. It may be a challenge to bring the young riders to the top level, but it’s a challenge which we can’t wait to start. Bringing the future talents to CERATIZIT – WNT to help them develop and grow in the World Tour races. It’s important that we don’t forget our focus and our roots and to make sure we are an international team. We have a team of 16 riders from 10 different nationalities, adding two new nations, the Netherlands and Luxembourg.”