Medals on day 1 of the Track Nations Cup 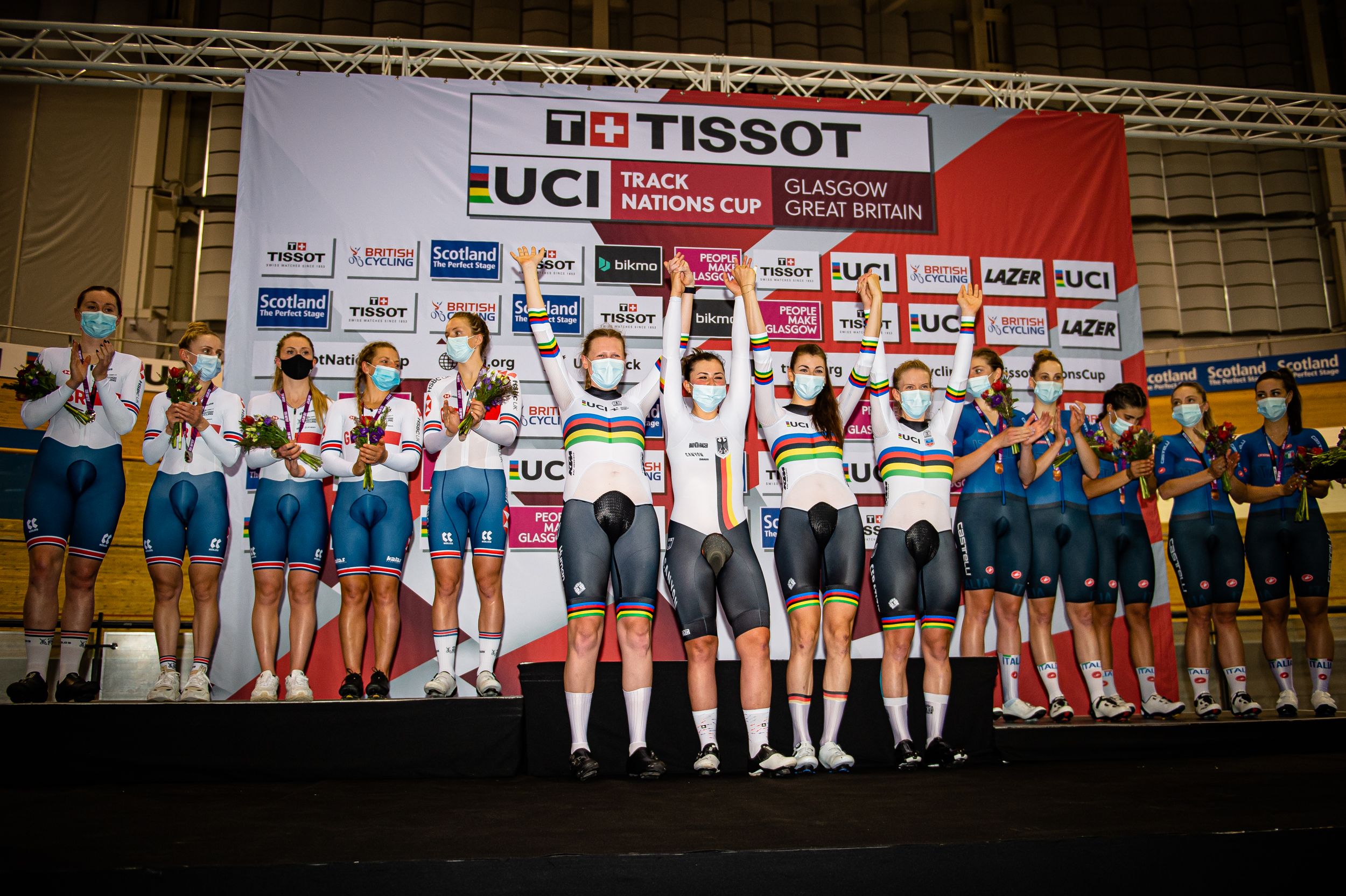 From 21st to 24th of April the first round of the Track Nations Cup in Glasgow, formerly known as Track Cycling World Cup will take place. Franziska Brausse and Lin Teutenberg, from the CERATIZT-WNT Pro Cycling Team, will ride alongside the German National Team. Katie Archibald in Great Britain's colours.

Yesterday, Thursday 21st April, the team pursuit qualification heats took place in which Franziska Brausse, the current Olympic, World, European, and German Champion, won with the German Team in 4:16:096. The squad of Great Britain with Katie Archibald qualified for the next round with 4:17:731, the 3rd best time. 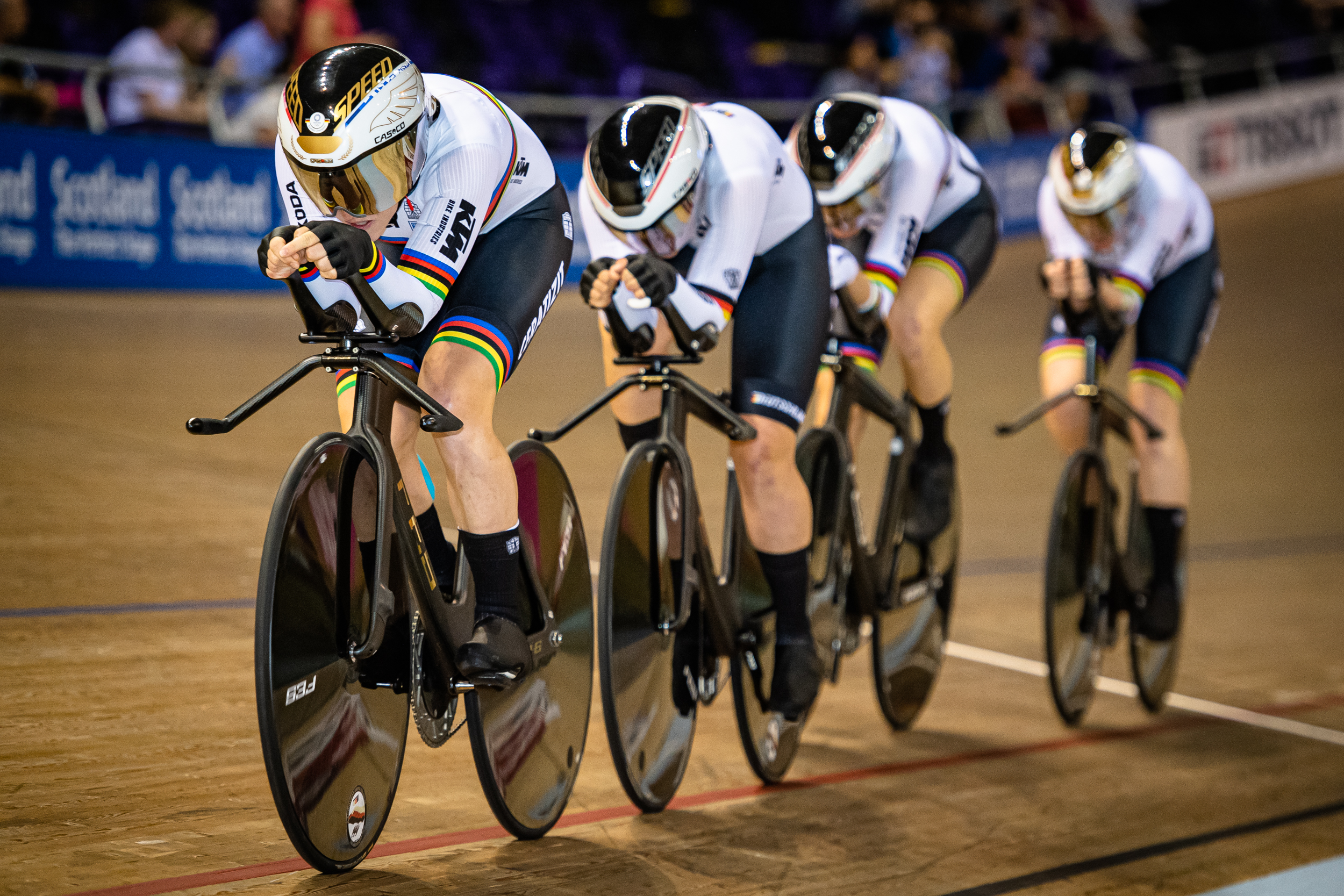 In the evening we saw a repeat of the Olympic final of Tokyo 2020 with Germany and Great Britain fighting for the gold medal. Again the German squad had the better ending and won the final heat in 4:13:421 against Great Britain in 4:18:908

On Saturday, Franziska will also take part in the individual pursuit and Lin will start  in the omnium alongside Katie. On Sunday, they will all participate in the Madison.

If you want to follow the races, you can find the competition schedule here for all disciplines. A live stream will be shown via Tissot Track Nations Cup UCI 2022 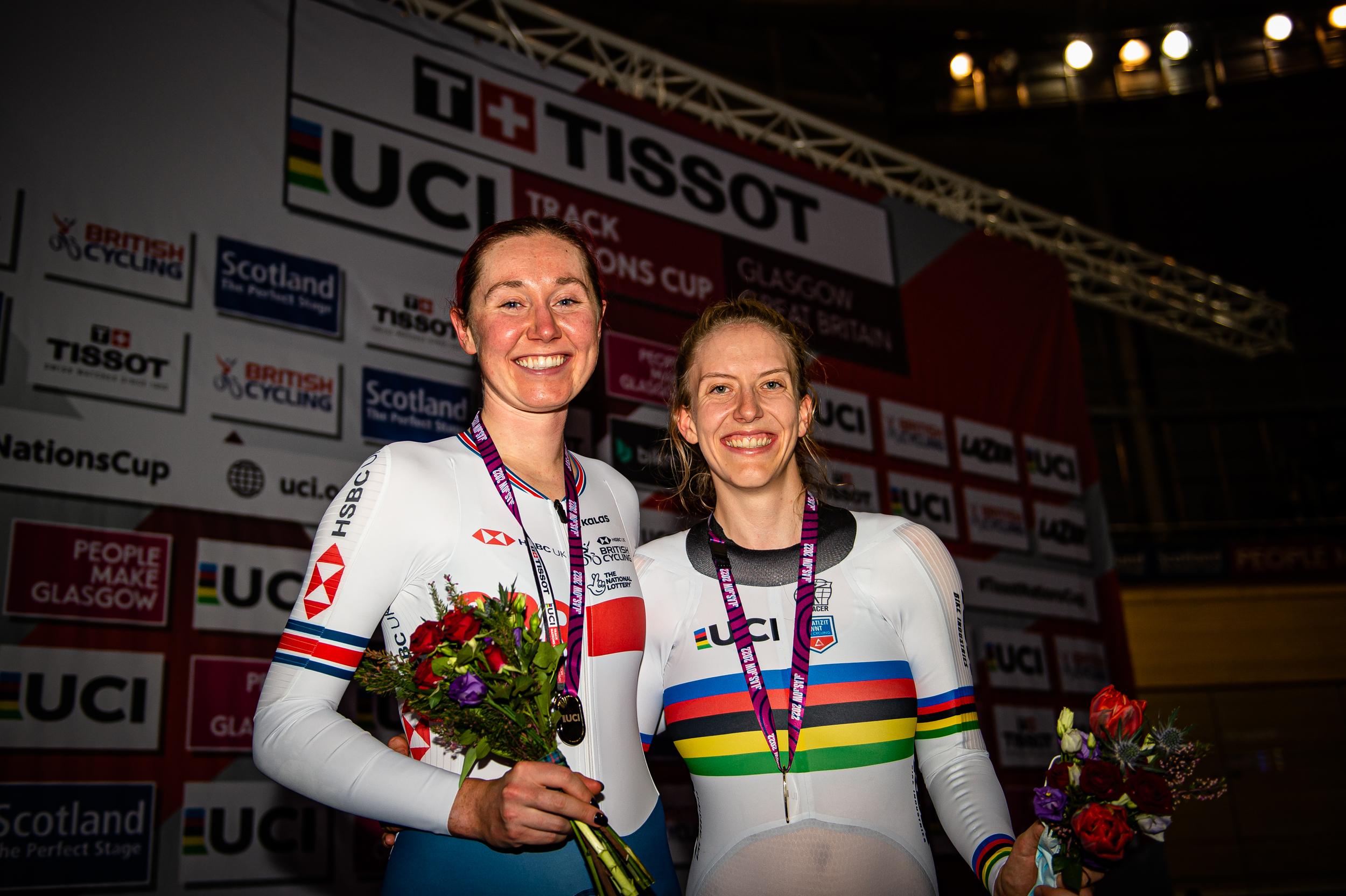