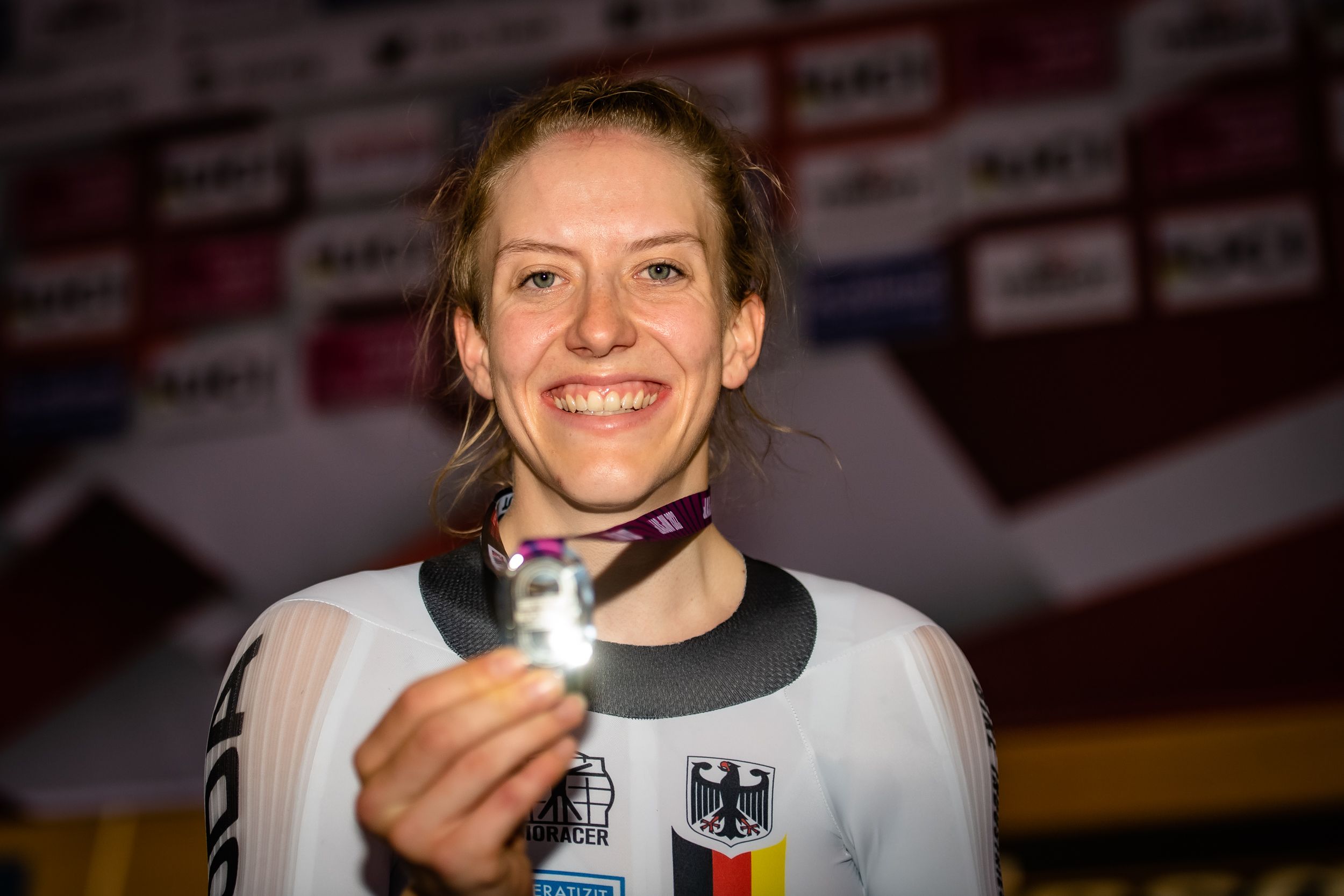 A round up from the Track Nations Cup in Glasgow, Great Britain for our team riders.

Franziska Brausse added more silverware to her ever expanding cabinet collection, taking the silver medal in the 3km individual pursuit on Saturday 23rd April. In qualifying earlier in the day at the Sir Chris Hoy Velodrome, Brausse posted the second fastest time, behind her fellow countrywoman, Mieke Kröger, with a time of 3:24:697, which put her into the gold medal ride off later that night.

During the first two kilometres Brausse trailed by over a second to Kröger, but came back strong in the final kilometre to slash that gap in the final two laps. As they came to their finish lines they could barely be separated but Kröger held off a steaming Brausse to take the gold. Bruasse trailed by 0.00.114 in the end. 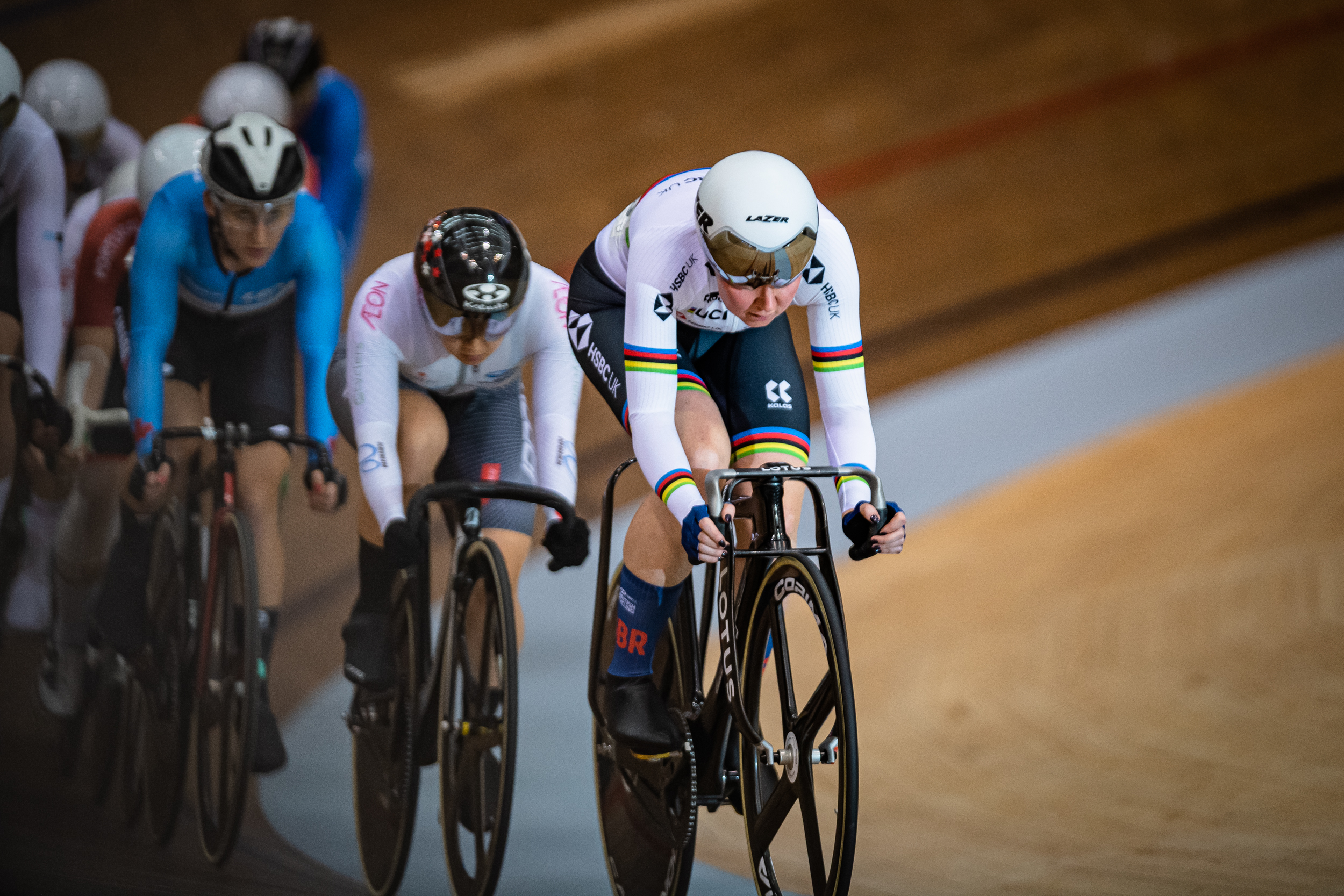 Lin Teutenberg and World Omnium Champion, Katie Archibald were in action in the 4 discipline event, the omnium on Saturday too. In the first event, the Scratch Race, Archibald finished in 11th place with Teutenberg finishing in 15th place, whilst in the next event, the Tempo Race Archibald raced audaciously taking a lap on the rest of the field and winning 8 of the sprints consequently meaning she won the 2nd race, with Teutenberg finishing in 15th. The penultimate race of the event quartet was the elimination race, again with Archibald taking the honours winning whilst Lin had a stand out rider, finishing in 6th place. Heading into the final event of the day the points race, Archibald was in pole position. Unfortunately a crash took all chances of winning the Omnium at the Track Nations Cup as Katie had to abandon the race due to her injuries. Later it was confirmed the British rider, racing on home soil with a home crowd had broken her collarbone and suffered concussion. Lin Teutenberg finished the race overall in 13th position. We wish Katie all the best for a successful and speedy recovery.

The Madison took place on the final day of racing, with Lin Teutenberg pairing the teammate and compatriot, Franziska Brausse for the 120 lap (30km) race. Taking maximum points in sprint 8 adding 5 points to their tally meant the German duo finished in 8th place overall. 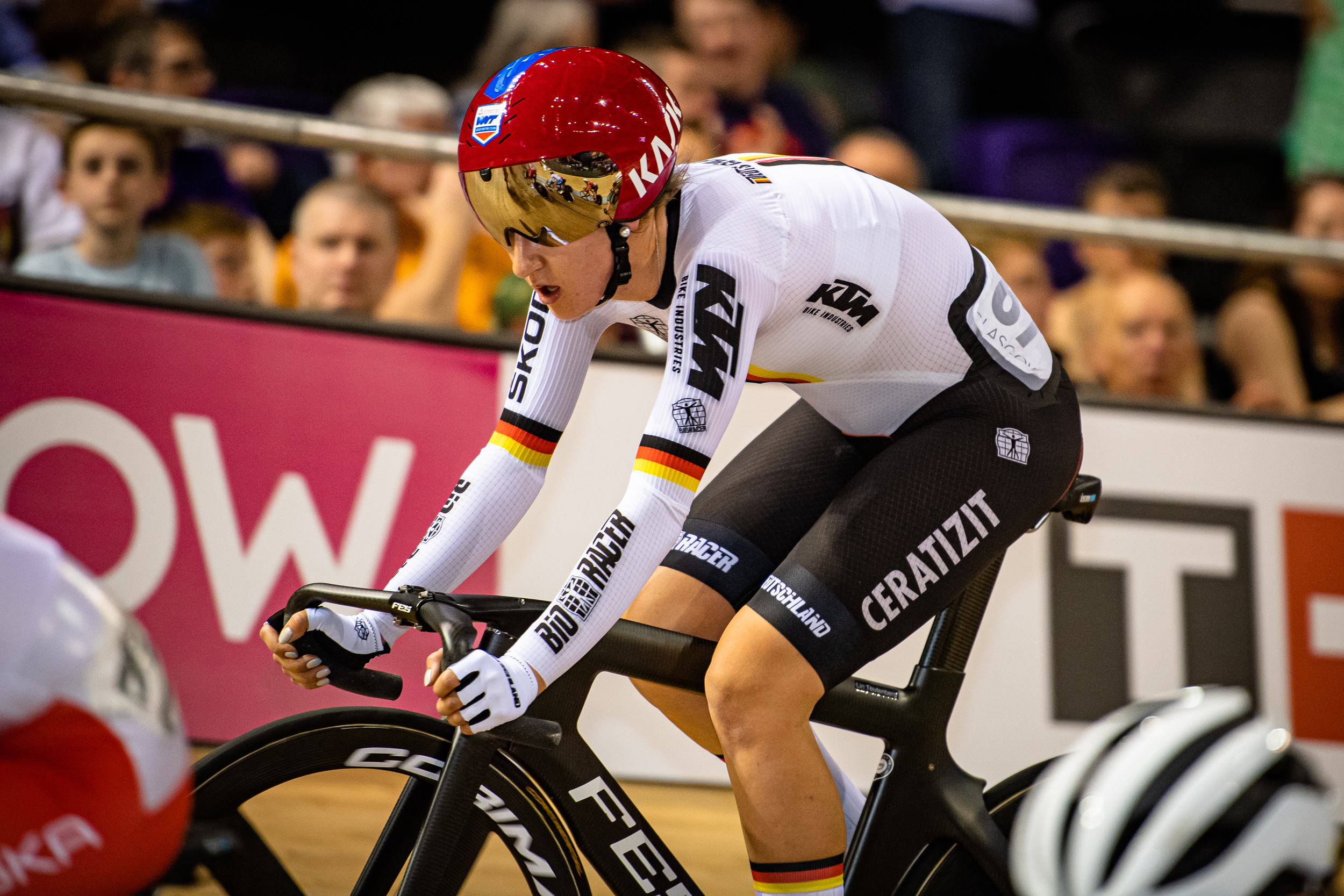 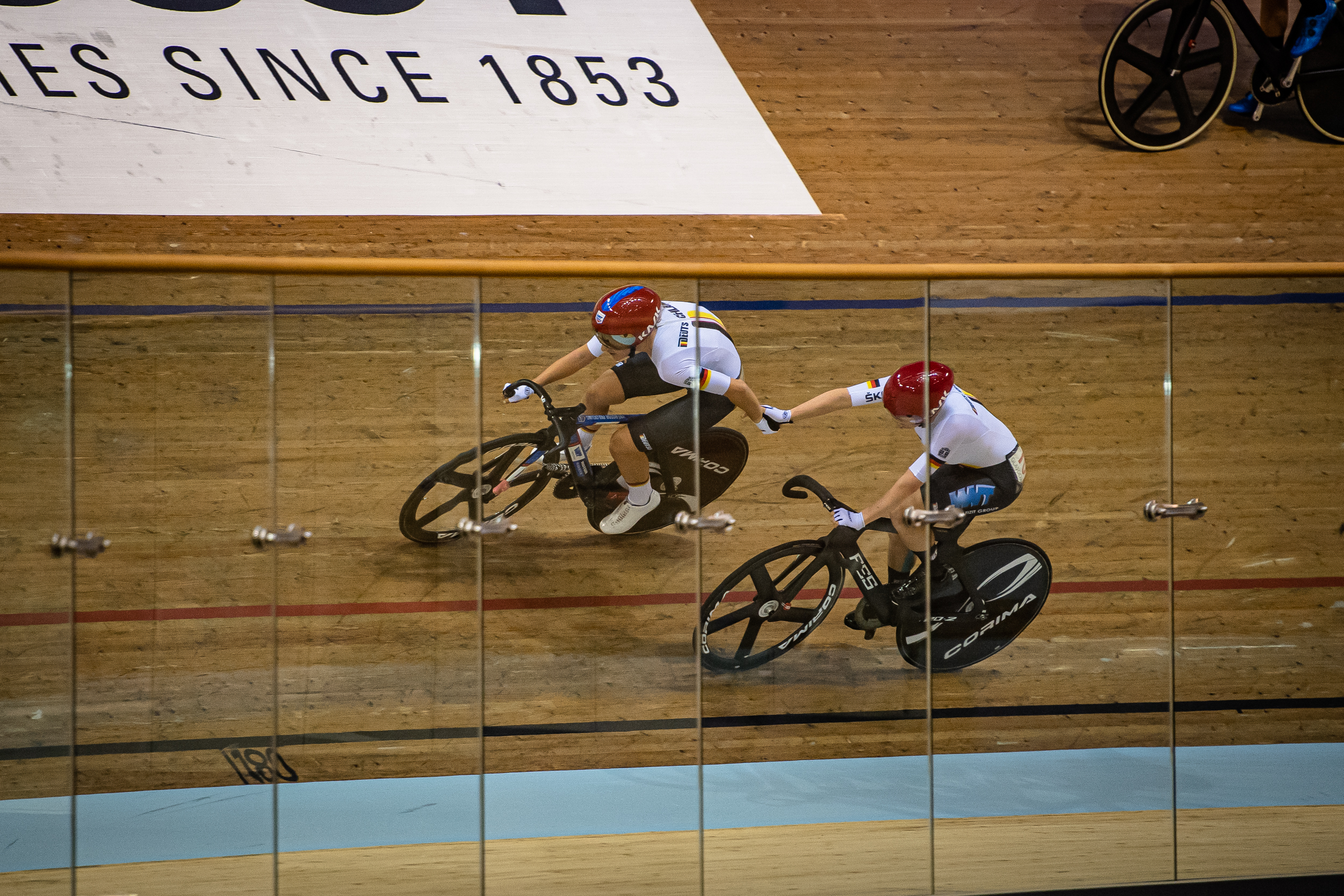 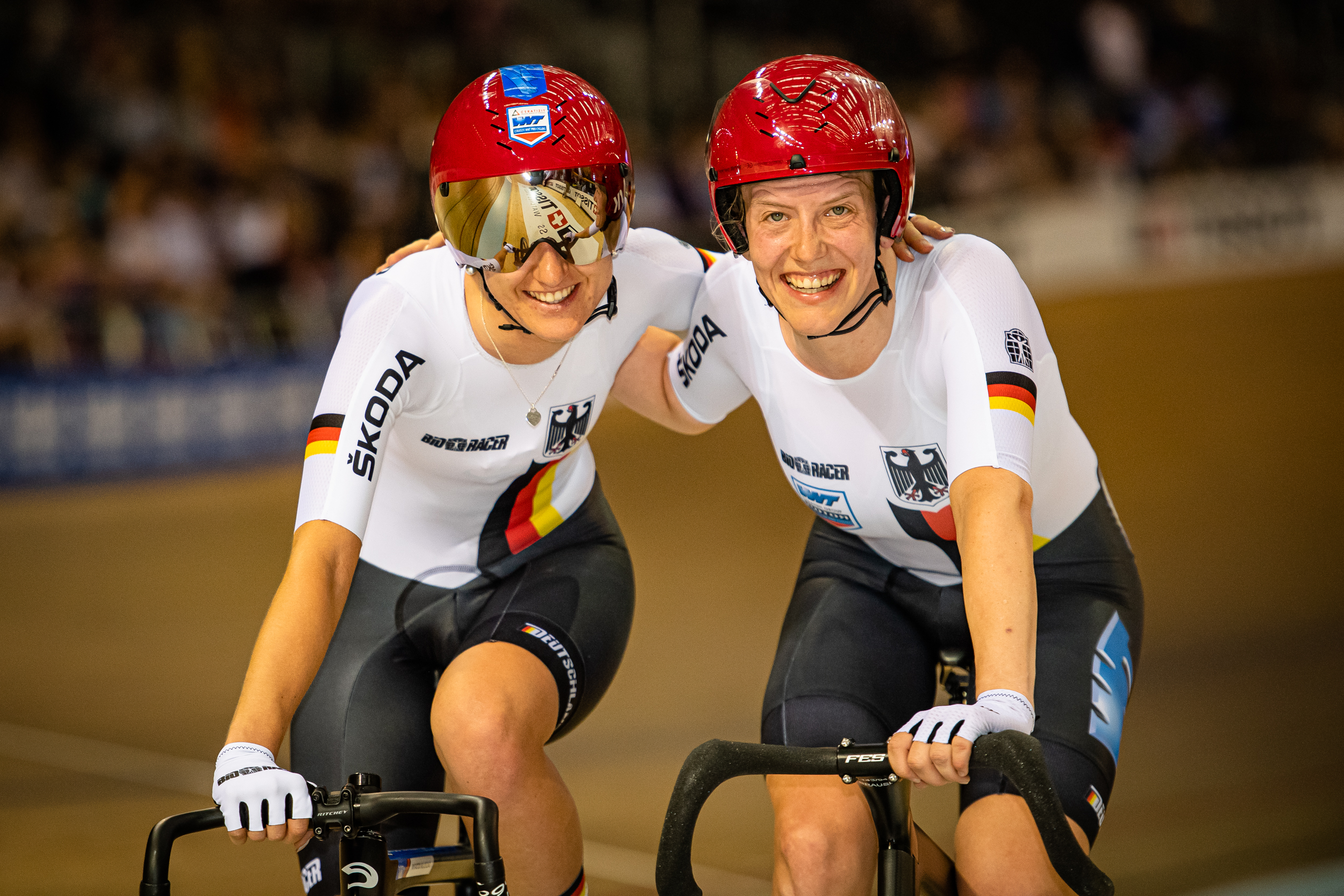