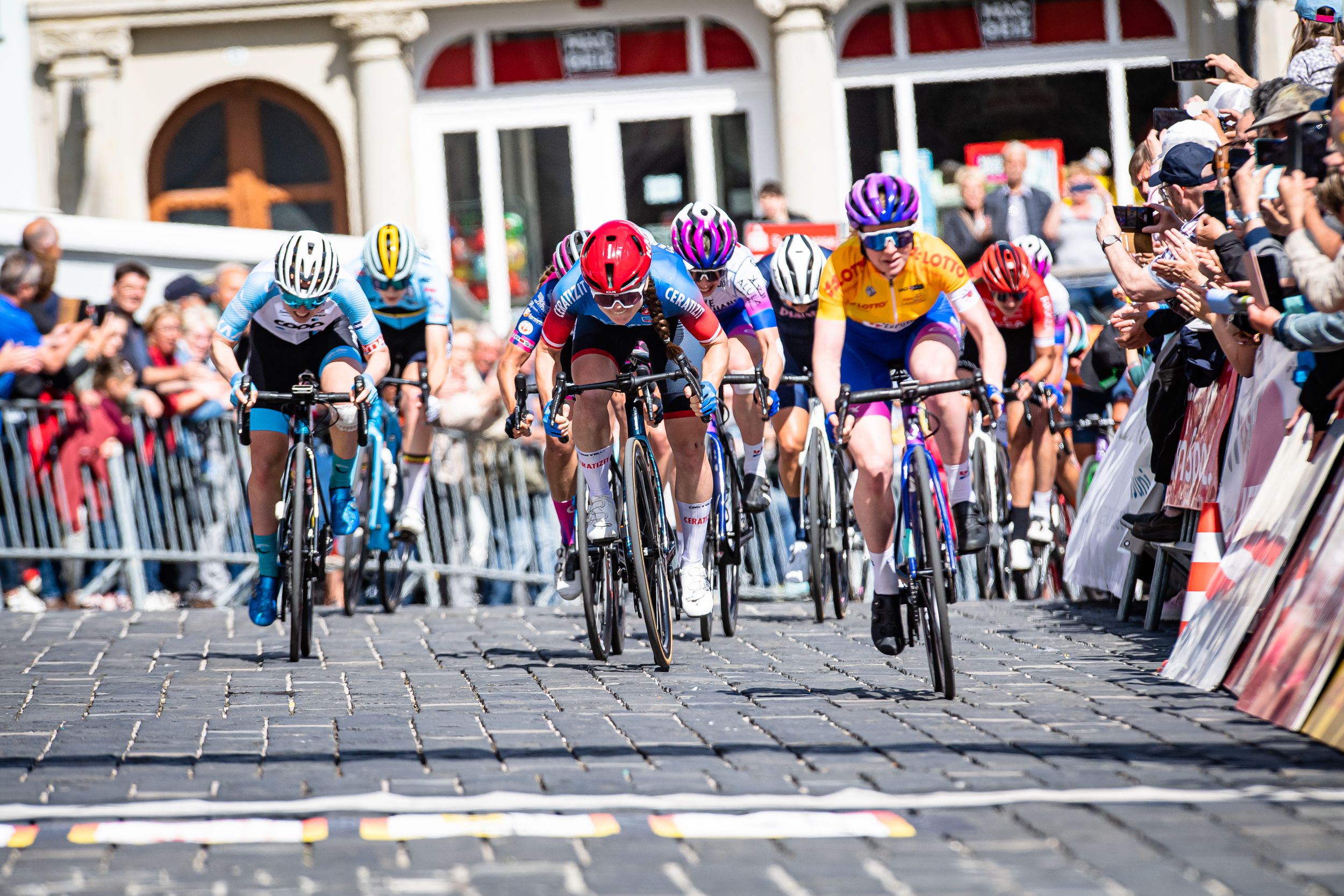 Marta Lach finishes the Lotto Thüringen Ladies Tour 2022 with a second-place on GC after an attacking performance from the team on Stage six.

The bunch rolled through the first 40km together, with the first attack of the day coming from Lin Teutenberg and six other riders with 67km to the finish. Team Bike Exchange-Jayco however, were reluctant to let them go, and chased them down before the first of the intermediate sprints. Once the peloton was back together, Maria Giulia Confalonieri's impressive leadout made Lach's job easy, picking up the maximum bonus seconds on the line and securing her GC position.

Entering the final lap, Teutenberg attacked again, forcing Bike Exchange-Jayco to chase her down once more. With half a lap to go, another small group used the increase in pace behind to launch a small counter-attack, which included Confalonieri. This was bought back again, leaving Confalonieri to begin a long and impressive leadout for Lach in the final approach to the line. Alex Manly began her sprint early, forcing Lach to chase, ultimately finishing in second place.

CERATIZIT WNT DS, Steffan Rochalda "All of the team did great work today, we were attacking all the time trying to win the stage or force a breakaway. Unfortunately that wasn't meant to be but in the end, Marta finished off some nice teamwork to take second on the stage. Lin also won the Most Attacking Rider jersey, and Marta finishing second on GC was a great end to a great week."